On September 23, 2021, a recognition ceremony of the historical marker for 400 Lincoln Avenue was held at the house belonging to Rafa Delfin and Dan Higgins. The house, built in 1880, is the only Second Empire-style house in Dighton.  The official historical name is now the Eugene Rose House named after the first resident. This is the second marker that the Commission has awarded (the first being the Winslow-Davis House which is home of the Dighton Historical Society & Museum).

At the same event, Patricia Olsen was recognized for her 10 years of service to the Commission. The ceremony was covered by Taunton Daily Gazette reporter Michael DeCicco and was published digitally on the newspaper's official Facebook page and in print.

The language "preferably preserved" does not prevent the Town to demolish the house when the six-month demolition delay has expired. It simply means that the house is worthy of being preserved because of its significant historical aspect. DHC will continue laboriously to find a potential taker for the house which needs to be moved from its current location.  - By Rafa Delfin, February 16, 2020

Board of Selectmen Says No to a New Tarp

During the Board of Selectmen meeting on February 12, two Selectmen (Brett Zografos and Nancy Goulart) voted not to replace the shredded tarp that was protecting the James Briggs House from the elements. This information was conveyed to me by the third Selectman, Kenneth Pacheco (who is a member of the Dighton Historical Commission), who voted in favor of a new tarp. They voted instead to put plastic down on the second floor to prevent water from going to the first floor. Selectman Pacheco believes that this is going to make it more difficult to salvage the house.

As I write this post, it is raining hard, and I can't help but imagine that more water continues to penetrate the already damaged roof.

Meanwhile, the thousands of shreds that pollute the entire property (and beyond) have yet to be collected; instead, they remain and continue to threaten wildlife (I assume the tarp was made of plastic/polyurethane material which is not biodegradable). I wouldn’t be surprised to read someday that these shreds could be found in the stomach of perished birds (some could be endangered species) and other small animals who mistook them for food.

We have six months (starting from February 11) to save this historic house (one of the few ones remaining). I urge everyone to please help us promote and advertise this house to a potential takers before its scheduled demolition sometime in August. Time is of the essence and we can't afford to let another day pass by without making any effort in trying to save the house. - By Rafa Delfin, February 16, 2020 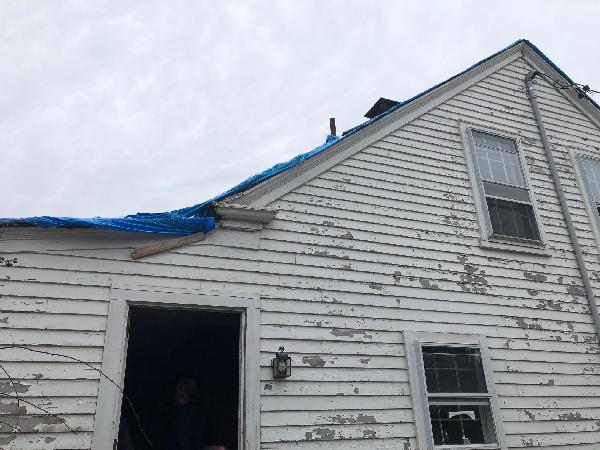 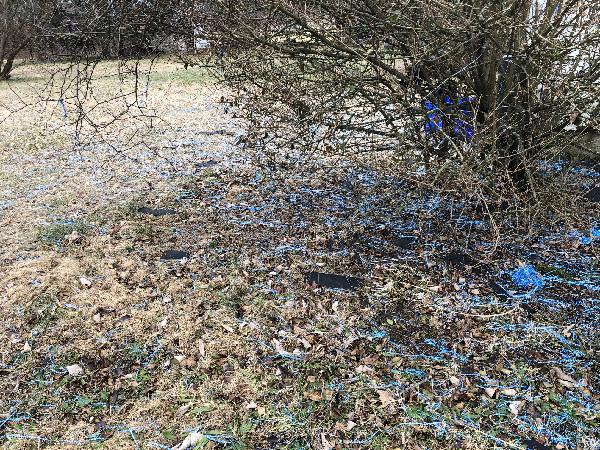 A public hearing to discuss the fate of the James Briggs House will take place during the next Dighton Historical Commission meeting on Tuesday, February 11th at 7 pm at the Dighton Town Hall.

This is your opportunity to express your thoughts and concerns about the historic house which was built in the 1750s and is directly linked to famed Dighton strong man, Stout George Briggs, and his also historically significant father, James. The Town of Dighton purchased the property (949 Somerset Avenue, Dighton, MA 02715) on which the house stands but voted to demolish the house if no one is able to save it by moving it to a different location.

We hope that you will make an effort to attend the public hearing and help save the house which is one of the few historic houses remaining in town.

Visit the official Save the James Briggs House Facebook to get updates about the house and where you may post comments. 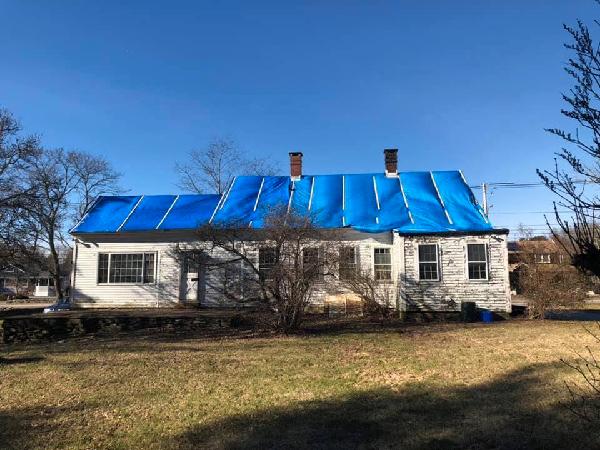